Buddy Kesner selected as GRCC resident of the week 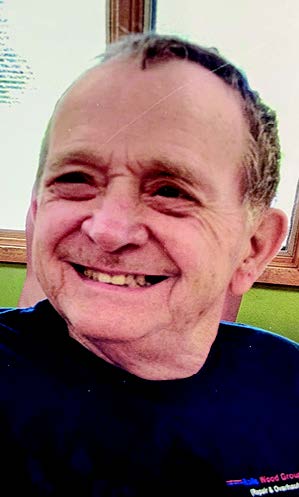 The employees of Grant Rehabilitation and Care Center have chosen Ralph “Buddy” Kesner as their resident of the week.

Buddy has been a resident of our facility since June 26, 2017. He was born on May 20, 1934, in Upper Tract, Pendleton County to Walter Harvey Kesner, and Leota (Kimble) Kesner and was the youngest of three children. His sibilings were Helen Jean Snyder and Walter Buck Kesner. He is the last remaining member of his family.

Buddy was raised in Grant County. His father was a farmhand and they lived and his father worked on the Ross Ervin Farm, which is now called “The Manor.” Buddy went to Petersburg Grade School, where he first met his wife, Nan. They had an off and on relationship throughout their growing-up years. He graduated from Petersburg High School in 1953.

In 1958, Buddy joined the U.S. Army and received basic training at Fort Chaffee, Fort Smith, Ark. He then served until 1960 in Nome, Alaska. He received many military awards because he was a marksman. (Nan said he was such a marksman, because he was a West Virginia boy, that loved to hunt.) He was serving in Alaska when it became a state.

On June 14, 1959, while on leave, Buddy married the love of his life, Nan. He then had to return to Alaska. Nan who had recently finished her nursing degree wanted to follow him, but Buddy was stationed at an outpost most of the time, and that would have put Nan alone a good bit. She stayed at home here because Buddy did not want her to be alone. He finished his tour in 1960 and came back to Petersburg.

Buddy started his first job at A&P. He worked several years there, until a position opened at Southern States. He switched jobs and worked as a manger at Southern States for 43 years. He never took a sick day during that entire time.