Editor’s note: Greg’s story was planned to be published in this week’s Press, but he passed away over the weekend. Because his story deserves to be told, we are printing in here with the family’s permission, in memory of him.

The employees of Grant Rehabilitation and Care Services have selected Gregory Bland as GRCC’s resident of the week.

Greg has been a resident of our facility since June 25, 2020. He was born on July 16, 1959, in Petersburg, to Billy Rush Bland and Hilda Elizabeth (Mauzy) Bland Henry.

Greg has an adopted sister and brother: Evelyn Ours and Joseph Bland; three brothers, Bobby, Billy Jr., and Jeff Bland; and one half sister, Beverly Goldizen.

Greg was in the middle of the children. His father did construction in D.C. and Virginia. His mother was a stay-at-home mom. Unfortunately, the relationship did not last. Greg, with his two brothers, were sent to live with their maternal grandparents, Carl and Elizabeth Mauzy, who raised them.

Both of his parents remarried. However, his mother passed away in a vehicle accident when Greg was 10 years old.

While at Hagerstown, Greg stayed with a Mennonite couple as he pursued his degree.

Greg met his future wife, Carol, while he was in school, and they went to the same church. Carol stated, “I never imagined at first being with Greg, but suddenly it was there. We just loved each other.” Greg and Carol were married on Aug. 27, 1983. Carol said, “Greg would joke, saying I married him for pity’s sake, but then would say, no, she married me for love.” Carol admitted, “I married him for love.”

Read more: Greg Bland is resident of the week at Grant Rehabilitation and Care Center

Living Hope Baptist Church is once again the local dropoff site and will begin taking shoeboxes on Monday, Nov. 14

Individuals, families, and groups still have time to transform empty shoeboxes into fun gifts. The project partners with local churches across the globe to deliver these tangible expressions of God’s love to children in need. Find a step-by-step guide on the How to Pack a Shoebox at www.samaritanspurse.org

“Now more than ever, children around the world need to know that God loves them and there is hope,” said Franklin Graham, president of Samaritan’s Purse. “A simple shoebox gift opens the door to share about the true hope that can only be found in Jesus Christ."

The most heavily discussed topic during Morrisey’s visit surrounded the distribution of settlement funds the state will be receiving as a result of lawsuits his office filed against multiple pharmaceutical companies for their role in exacerbating the opioid epidemic.

“Many of you may know that there is still a lot of national litigation, from nearly every state in the nation, against the opioid companies for the role they played in the opioid epidemic,” Morrisey said. “West Virginia has been out front leading in that area.”

Morrisey said West Virginia is set to get the largest settlement in the nation from these companies. Overall, the state will be receiving over half a billion dollars in settlements.

“We want to make sure this money is used to fix the problem,” Morrisey said. “We didn’t believe a settlement based on population was appropriate and thought it should be based on the intensity of the impact it has had on these areas.”

Medical research echoes Morrisey’s claims that West Virginia has been disproportionally impacted in the opioid epidemic. According to research published in the National Library of Medicine (by researchers Rachel Merino, Nicholas Bowden, Sruthi Katamneni, Alberto Coustasse) “the rate of overdose related to the use of licit and illicit opioids has drastically increased over the last decade in the United States. The epicenter has been West Virginia with the highest rates of overdoses accounting for 41.5 deaths per 100,000 people among the 33,091 deaths in 2015.”

“The number of people injecting drugs has increased from 36% in 2005 to 54% in 2015,” the research claimed. “The total US cost of prescription opioid abuse in 2011 has been estimated at $25 billion, and criminal justice system costs to $5.1 billion. The reasons for this opioid epidemic incidence in West Virginia have been a combination of sociocultural factors, a depressed economy, lack of education, and a high rate of prescribing and dispensing of prescription opioids.”

Morrisey said the goal to distribute the funds would focus on a comprehensive plan that targets the resources to the regions of the state that need the most help in battling back against the opioid epidemic.

“The opioid money is going to be big,” Morrisey said. “It is an opportunity to put systems in place. For example, you may need an extra deputy sheriff, you may need some extra help in funding mental health services. You may need to coordinate with other counties in the region to help make sure there are beds in rehabilitation facilities. There are a lot things I think can be done with these resources but it needs to be spent wisely.”

Morrisey explained that some of the funds won in the suit will be distributed directly to the counties and cities but the bulk of the funds will be placed with a new foundation that will vote on the money usage.

“3% of all the money that comes in will be held back by the state for litigation purposes,” Morrisey explained. “This is my way of trying to protect taxpayers in case someone tries to sue with offsetting claims, so we keep a little aside and if it doesn’t get used then it goes back to the counties and to the foundation. 24.5% will be sent directly to the cities and counties in the lawsuit directly and 72.5% will go into the West Virginia First Foundation. That is set up to ensure representatives from every region across West Virginia, six different regions, are represented.”

Each of the six regions will elect a voting representative to sit on the foundation (a registered 501C-4), along with five additional representatives chosen by the governor. Grant County will be represented as part of the Eastern Region, sharing its votes with Pendleton, Hampshire, Hardy, Morgan, Jefferson, Berkeley and Mineral counties.

“I recognize that Berkeley and Jefferson counties are not right next door to you here in Grant,” Morrisey said. “I know to some it will be a big difference. But what you want to do is work together on your county and regional needs up front, because that is what is going to get fueled into that statewide effort and really give you a voice.”

“The goal is to have money to holistically go after the problem from a supply side, educational and prevention side, from an accountability side and a law enforcement side,” Morrisey said. “And that is what the foundation is doing.”

Morrisey said that once the litigation closes, a statewide needs assessment will take place to determine funding priorities.

“I think this is going to be a really big deal for the eastern part of the state,” Morrisey said. “I know when I have come to Grant County in the past, I have talked to many of you and to people about the transportation problems, of sometimes driving to get to health care facilities, including mental health services. This is a rural area and we recognize that, so we need to make sure that the money is spent taking that into account and that Grant County and other regions of the state don’t get left behind.”

Morrisey said money will begin being distributed to the state from the settlements later this year or early next year.

Other topics discussed during the event included:

• An update on a lawsuit fi led by the office concerning the Waters United States rule. Morrisey referred the rule as “federal overreach,” saying it attempted to restrict small waterways on private property, making it diffi cult and expensive for property owners to build on their own land. Morrisey said the effort was going well, and that progress had been made under former President Donald Trump but had stalled by President Joe Biden.

• Concerns he had about the Environmental Social Governance Policy, which he said would put an undue burden on businesses and companies concerning their environmental policies. 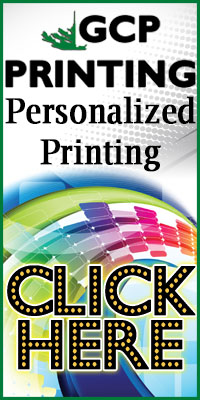